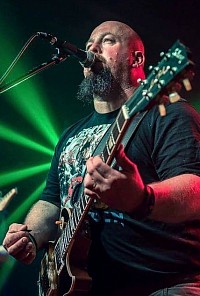 Having been on stage since he was able to stand with the now infamous "little red plastic guitar" Col did his first proper gig on guitar aged 12. After becoming lead guitarist with Top Country Sound at 14 he also started playing bass with various bands and formed his first band at 16. Other bands followed including Totaly Obscene, White Knuckle Ride ,Hazard, The Les Close Band & Biglix. Forming Point Blank with Neil in 2007 soon to become Breaking Poynt due to a required name change. 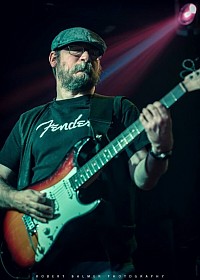 Neil joined Top Country Sound in 2002,the seeds were soon sown for what would become BP. In younger years Neil played the club circuit with Street Scene going on to study different playing styles including classical,jazz & folk & the rock/metal styles that we know him for. As a multi instrumentalist (bass,piano,drums,uke,mandolin) Neil is also a member of Prego & Some Antics. 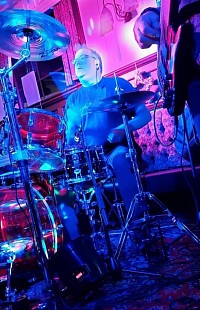 Former drummer with Amethyst & Bad Reputation Paul was also a founder member of Biglix, after stepping back from regular gigging for many years Paul was coaxed out of "retirement" to join Breaking Poynt. Paul was also a member of Revamp. 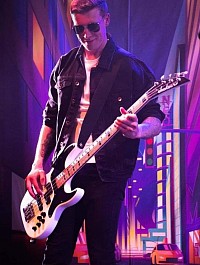 Joe is the newest member of BP & as well as bringing the bottom end and some brilliant backing vocals he does a brilliant job of bringing down the average age of the band. Joe has worked as session bass player for a number of bands but is best known for his alter ego "surreal Lexxi " in Europe's number 1 Steel Panther tribute SURREAL PANTHER.